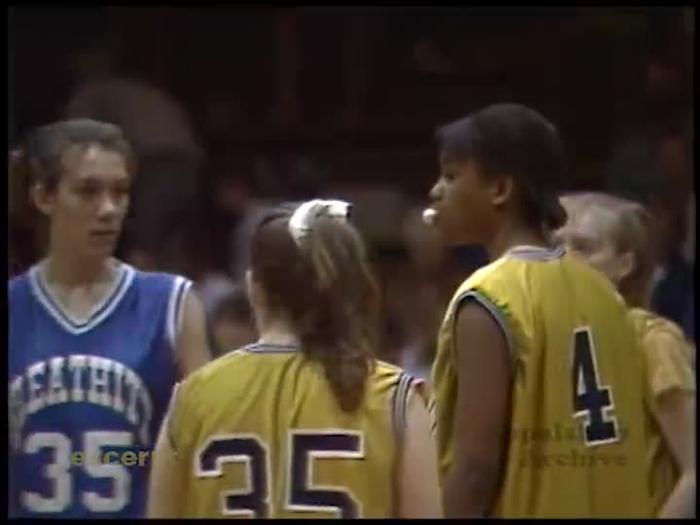 Girls’ Hoops is an Appalshop documentary directed by Justine Amato Richardson. It explores the history of girls high school basketball in Kentucky, from the 1920s, to a 42-year ban on statewide competition, to its rebirth in the 1970s and development into a fiercely competitive, popular sport. Filmed over the course of a basketball season, the program features practices, games, half-time talks, and interviews with fans from small coal mining communities who take pride in a winning girls team. Girls Hoops includes up-close interviews with players and coaches, comments from a 94-year old player from a 1920s championship team, and interviews and game footage of the woman who broke the gender barrier in the mid-70s.