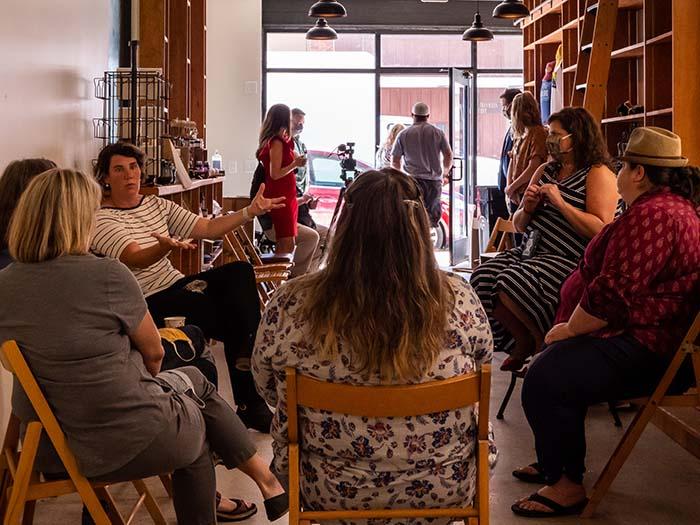 not my top choice, but who asked me

"the McGrath campaign came to town today. this is the first time i've heard of her being in the area, and also the first time i've personally heard her speak she's definitely got more than zero charisma, which it turns out i'm a sucker for. her talking points were a little further left than i expected, which was interesting, especially given some of the more moderate/conservative things she said during the primary she didn't explicitly address race, despite the deepened mainstream support for #blacklivesmatter in 2020 — including across EKY — and despite race pretty immediately coming up from the crowd (regarding Corbin's history as a sundown town and the current local movement to turn that around), so i asked her about her vision she gave a solid answer, running down her platform, and concluding with an anecdote about Charles Young, a Black Kentuckian who was the first Black Colonel in the army. i'd never heard of Colonel Young before; i learned something there was no chance i was letting her get away without talking about race, even in a room full of white people" Description submitted by the photographer.